What our clients say

Being a keen runner I have received treatment from Colin over the years for different injuries, every-time I was diagnosed instantly and within only 2 sessions the difference was amazing.

I particularly remember when I was left devastated thinking I wouldn’t beable to complete my first marathon alongside my dad Colin couldn’t have been more helpful. Having been a athlete himself, he fully understands the need to get back racing as quickly as possible. I had expected to be told to stop training all together but instead I was given great advice to keep my fitness levels up through other ways possible aswell as great mental support throughout. He guided me exactly when to rest and when I could come back to light jogging etc. Also getting a appointment was made easy Colin fitted in around fact I was travelling down from Aberdeen from treatment and was also being so friendly he was a great help over email.

I think the main reason why I would highly recommend Colin, ‘the fitness guru’ is not only did I recover from the injury I actually came out a better runner for example we decided while i couldn’t run to improve my core strength and make sure I knew exactly what I had to do to make sure I would have no reoccurring injury. 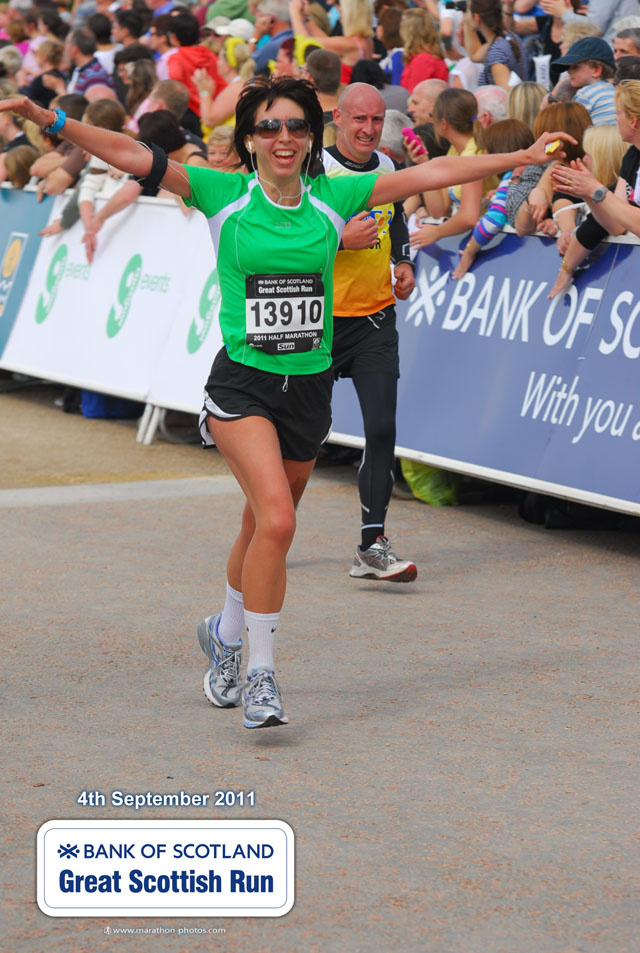 About the treatment they recieved… I have had problems for a long time. I was recommended Back2Fitness by a good friend, and am really pleased they did. I now am injury free, for the first time in ages and back to running!

On fitness and performance consultancy… Working with Colin, I have not only gained the fitness I needed, but also developoed a new Philosophy for the way I play. With Colin’s help I am now, fitter, faster, stonger and I would say an overall better player!

On treatment at Back2Fitness… In each appointment, Colin was quick and efficient at analysing the root of the problem, treating the affected area so that I could return to training as quickly as possible and providing exercises to help healing and prevention in the future. Each hour was packed full of information and treatment with no time wasted. Both treatments have been successful enabling me to complete both an ironman triathlon and a marathon this year injury-free.

I can’t recommend Carolyn at Back 2 Fitness enough. A friend recommended Back 2 Fitness to me when new to running I developed a niggling pain, whilst training for my first world cross country ski masters. Very quickly I was back to running pain free. Since then I have gone from strength to strength with Carolyn helping me reach two world master cross country ski competitions surpassing the goals I had aimed for,  my first 10km running race, first half marathon and first swim run competition.

Carolyn is a top sports physiotherapist providing massage, acupuncture and manipulation but with a background in sports science has helped me with nutrition, strength training, sports psychology and much more. 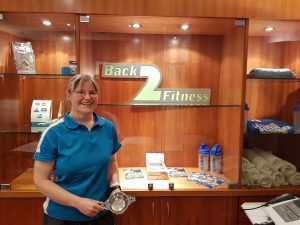 On treatment at Back2Fitness… Back2Fitness diagnosed my injury without fuss and got down to sorting it immediately. I was very impressed with their professionalism and detailed exercises to aid recovery. Any other niggles I had during my visits received the same attention and without doubt Back2Fitness is a one stop shop for any keen athlete. 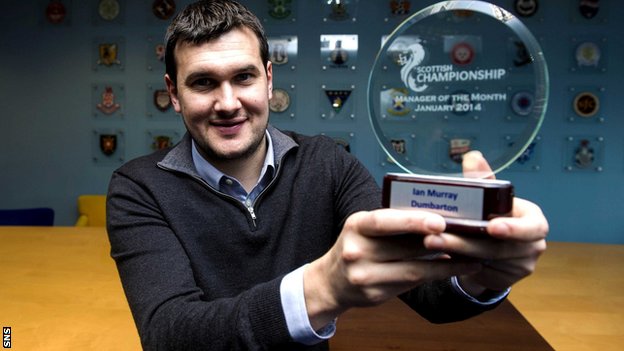 Colin’s the best in Scotland at what he does

On treatment at Back2Fitness… Two weeks before the Edinburgh mararthon something in my left calf went twang and I had to stop running. After months of training I was distraught. Never having been to a physio in my life before, thinking they were for elite athletes, I contacted a friend to see if he could recommend someone. That someone turned out to be Colin [at Back2Fitness]. After a couple of sessions involving laser treatment, ultrasound and much manipulation I made it to the start line and more importantly the finish line. I wouldn’t hesitate to return to Back2Fitness – I mean how often do you get the same treatment as professional footballers. 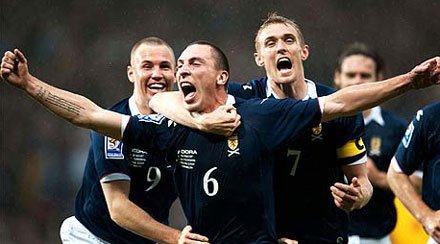 On colin…..When competing at the highest level you need to be in safe hands, I have complete faith in Colin. His knowledge is second to none, and therefore he is someone I highly recommended!

On colin…..Colin is a top Physio and a Top guy. Not only do I rate him as a Physio he is someone that I also trust!

On treatment at Back2Fitness…. I can’t thank the Back2Fitness team enough for the help that they provided in the run up to the Berlin Marathon. I injured myself a month before the race and Colin was able to get me back on my feet in time for the big day. Expert analysis, effective treatment and good advice. Good to know that you don’t need to be a pro athlete or pay a fortune to get a first class service.

On treatment at Back2Fitness… I received a recommendation for this place from a colleague after a while of having a bad back.

I’ve never been to a physio so wasn’t too sure what to expect. Everything seemed very clean, modern but not too intimidating either. Not like the sometimes clinical feel places like this sometime have.

Upon meeting Colin it was easy to see why he’d been recommended. A really friendly and easy to get on with. He put me at ease straight away; we chatted pretty much right through the session, but he didn’t let this get in the way of actually getting the job done (a skill many don’t seem to have!).

The preliminary questions and talk is very thorough, just as well really as this brought up a few things I hadn’t thought about when filling in the forms. A lot of the hour session was spent getting to the source of my problem which is really what I was after. However there was still time for quite a while of actual treatment. And then he took me through a load of exercises I could do at home to help.

Basically I went in there with a problem (i.e. a bad back) and an aim of being sorted for skiing in less than a week. In this first hour session I was half expecting more of just a ‘diagnosis’ and recommendation that I should come back and pay for lots more sessions. This clearly isn’t the way the practise works though, Colin took on board exactly what I needed, and ‘fingers crossed’ he’s got me set for my ski trip. For this reason I shall almost certainly be returning post-holiday to address my longer term back issues.

Price wise I certainly couldn’t complain. They currently have an offer for £40 per hour session which given the treatment I received, is more than worth it in my opinion. Baring in mind Colin is the former Head Physio for Hibs, and from what I can gather the rest of the team have similarly impressive backgrounds I’d say they’re a pretty safe bet.

To sum up; if you’re having problems, give them a try. They do a load of other services as well as Physio but this is the only one I can comment on at the minute.

I’ve always enjoyed playing different sports but had become disheartened after a three injury-plagued years. I felt slow, sluggish and unable to perform at anything like the standard I had previously. Booking an appointment with Back2Fitness was a last resort and it’s the best decision I’ve ever made. After talking through my goals with Colin he drew up a realistic training programme that fitted in with my schedule whilst simultaneously treating my hamstring injury. Progress was quick and the programme has since intensified week on week, allowing me to quickly get back to a level of fitness I’d never have thought possible.

My goals were sport-specific for amateur football and I’ve noticed a massive improvement in my performances. More importantly, I’m enjoying playing again.

I’m more flexible, leaner and I’ve regained a burst of pace.
Advice on nutrition and general day-to-day maintenance also means the dull aches I’d experience for a few days following games are a thing of the past.

On a personal level, Colin is great to work with – whether it’s in the capacity of physio, personal trainer, motivator or a healthy blend of all three.

Given his expertise and versatility, no session is set in stone and can be adapted depending on your preferences or progress.

I genuinely look forward to my appointments, safe in the knowledge that I’m one step closer to achieving my goals – or setting new ones – with each visit.

Colin got me Back2Fitness. He can do the same for you.

On treatment at Back2Fitness… I was recommended Back2Fitness by a friend who had visited and recommended them to me. I had an old whiplash injury which was still giving me trouble after a car accident a few years ago (not my fault – someone ran in the back of me!). I had received treatment following my accident (from a city centre clinic my insurance company sent me to) but it was never fully resolved. After visiting Back2Fitness I felt the difference following my first session which was brilliant. I hadn’t expected to feel better so soon. I found the physio there friendly and he took the time to discuss my injury and make sure I got rid of the pain 100%. It has been a few months now since I had my last session and I still feel brilliant! Would recommend if you are looking for an excellent physio. Another bonus is that it is really easy to get parked for free.

On treatment at Back2Fitness…. My running style is far from perfect and has caused me lots of problems in the past. Back2Fitness analyised my gait and referred me for orthotics for my shoes which have been great since day one. My stride seems a lot more stable and in the year that I have been wearing my orthotics aches and pains and time off due to injury have dropped dramatically. Thanks.